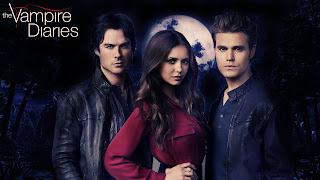 I know, I am way too old, and way too mature to get into the Vampire Diaries. I read the books back during the Twilight craze with coworkers. I liked Twilight better, and the tag line of my book The Hunters is "If you believe that vampires should be killed, not kissed, then this is the book for you." so that is saying a lot.

I am more of a Buffy fan, but she ended up kissing vampires too, so....

I have to say, I honestly don't know why I started watching Vampire Diaries. I will blame it on the delusional fever as I have been out sick all week, and I think it was recommended after I finished mainlining Walking Dead in preparation for the new season.

Whatever the cause, here I am inexplicably watching the series. Well, playing it in the background while trying to do other things. I honestly like the TV series for more than I liked the books. I couldn't stand Elaina. She came across in the books as a vapid and obnoxious creature. The TV series makes her more of an every girl, even though she is obviously a part of the popular crowd. They did a great job of playing up her new depth because of her parents' death, and they played down the bizarre and creepy threesome action between the two brothers. Love triangles are bad enough, without them being brothers.

Although it has been years since I read the books, I feel like the TV series is a very different story. For fans of the books, I am sure that is an intense disappointment. For me, it was great. But it is still an annoying kiss-the-vampires story. I am not Jonesing for the next episode like I did with Supernatural. Yet, still it is playing in the background even now. I don't know why.

Anyone else get this weird deja vu of Rob Lowe whenever we catch brooding shots of Damon? 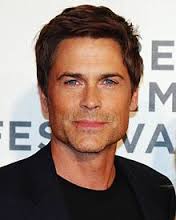 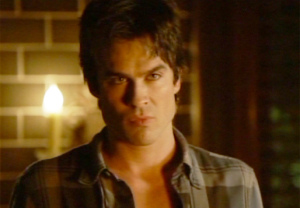 Posted by chickangell at 6:00 AM