Psychic Clear Angel hasn’t seen or heard from her one-time lover Detective Grant since their first case wrapped up six months ago, and that is perfectly fine with her! But when he shows up on her porch in the rain and in tears, she cannot hold her ground. No matter how she feels about Grant and her “gift”, she can’t ignore the visions already pouring in. Grant knows that he is no good for Clear, and has respected the distance she has kept. But when his daughter goes missing and the Chicago police have no leads, he turns to Clear and her unique abilities. This next adventure puts Grant and Clear in close quarters as they find themselves once again fighting their feelings for one another. Thrust into the dark underworld of performance art, they strive to track down a ballerina who keeps taunting Clear in her visions. As they delve deeper into one studio, the grisly visions that haunt Clear may be more than she can handle. Can Clear hold it together to help find Grant’s daughter before it is too late?

What others are saying about Angel's Dance


Great paranormal thriller
By Denise Gardner on December 19, 2013
Format: Paperback
**I received this book in exchange for an honest review. LoP, Lovers of Paranormal**

I loved this book. Part 2 in this series, but it can stand alone. The story is well written. I liked how the plot played out. The characters are well thought out. I look forward to reading more in this series. A great add to your tbr list. Recommended

By Celvia on December 8, 2013
Format: Paperback

I received this book in exchange for a honest review (LOP or Lovers of Paranormal) This is the second book of the Angel Chronicles series. I did not get to read the first book. It no way prevented me from understanding the story in this book. The story continues six months after the first book. Grant Anderson's daughter is missing. And the only one that Grant can think of to help find his daughter is Clear Angel. Throughout the investigation they are face with different problems meanwhile fighting their feelings for each other. I like how Heidi Angell describes Clear's visions. If you like a suspense romance, this is the book to read. I can't wait for the next installment.

Angel's Dance is available on Amazon in paperback and E-book, and on Smashwords in multiple e-book formats. 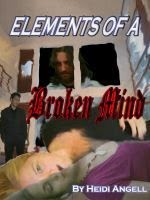 Grant Anderson is a small-town detective whose job was quiet and easy, until three girls end up dead. A serial killer is stalking the young ladies in his town. Without the high tech equipment of big cities at his fingers, Grant must rely on good old-fashioned police work; but with no discernible pattern and no clues to follow, the case seems to be grinding to a halt. Then Grant gets a visit from a mysterious young woman. Who is Clear Angel? What is her connection to the case? If Grant is to believer her, then he must accept that she has “seen” these things. But Grant is a professional. He cannot believe in psychics! Yet when another girl goes missing, and Grant’s search is yielding nothing he is desperate enough to try. Clear Angel has always been special. Seclusion has kept the nightmares at bay. Then the nightmares begin again. Are they premonitions of events to come? Are they the sick fantasies of a madman? Then one evening she runs into a stranger and finds out that not only are they real, but they are happening here in her home town. After a lifetime of running and hiding from what she can do, she is now forced to reach out to the most unlikely person in an effort to save innocent girls and perhaps the world. Grant and Clear team up to stop a madman bent on the destruction of the world. As their feelings for one another grow, they try to deny them. But when Clear goes missing, Grant must face his feelings and save her before it is too late.

What readers are saying about Elements of a Broken Mind:

By Debbie Munro on September 21, 2013
Format: Paperback
This book is a prime example of excellent story telling by the author... A psychic heroine, a determined hero and a diabolical villain drive the plot of this page turning murder mystery. The characters are well thought out and utterly believable. The writing style is fluid and exciting which results in a fast paced and intriguing read. I was completely drawn into the suspense of his multi-faceted story. I could not put this book down, and I can't wait for the next book in this series to be released.

Highly Recommend this Book
By Sue-ellen B. Robertson (GirlyGirlBookReviews) on July 24, 2013
Format: Paperback
I received a copy in exchange for an honest review.

Elements-of-a-Broken-Mind has a bit of everything I would say. It has your murder, mystery, suspense; along with a touch of paranormal and romance. Some books would not be able to handle having all these genres; however, the author managed to add just the right touch of it all to keep the attention of the readers from start to finish. She gives you clues to keep your mind wondering and questioning on the scene's but then keeps you wanting to keeping moving on to find out the why's and who's of the story.

Elements of a Broken Mind is available  on Amazon in paperback or e-books, and on Smashwords in multiple e-book formats. 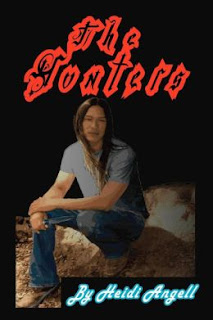 What would you do if you found your town had been infested with vampires? For Chris and his brother Lucas, the answer was simple enough: you fight back. Gathering a small band of other people in their town who have been affected by the vampires, they begin a resistance. But after a year of fighting, they have only managed to kill a handful, while the vampire leader has turned five times that many.

Fury and Havoc. They call themselves hunters, and want no part in this little band of heroes. Ordering them to lay low, the duo vow to rid their town of vampires. When Fury is injured, Chris aides these strangers, entwining his future with theirs.

Now that the vampires know the hunters are here, and that Chris and his friends have helped them, the group is in more danger than ever before. Lucas is torn between protecting his new family from the vampires, and protecting them from these seemingly inhuman beings who say they are there to help.

After all, what beings could be so powerful as to scare a vampire?

What others thought of The Hunters:

"I have read my share of vampire novels over the years and I have to say, I enjoyed Heidi's novel very much. It is action-packed from the very first page and you don' t want to put it down. I am positive that readers who enjoy this genre will enjoy The Hunters." Author Deanna Sletten

"I hope there is a sequel, for The Hunters has left me wanting more." Author Jessica Kong

"I appreciate the fact that she resisted the urge to make the book about the professionals and kept it discreetly realistic. So much so that I could almost envision some of my friends reacting to the events in the story just like her characters did." Author John Harrison

Check out  what others are saying about The Hunters on Goodreads 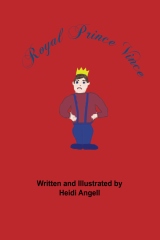 The tale of Royal Prince Vince, a spoiled little prince. His parents don't know what to do to make him happy and get him to stop throwing fits. Then help comes from the most unlikely source! A great story for children to learn the joy of hard work and pride in accomplishment.

What Others Are Saying About Royal Prince Vince

"..a delightful tale of selfishness and learning to be content. " Book reviewer John L.

"A lesson every child should learn." Wendy

"What a breath of fresh air! In this slick, racy, cynical, violent world, where even children's books have to be streetwise and 'edgy', here is a book that takes us back and, hopefully, forward, to times when children can be children and they can read and listen to beautiful stories that will remain with them forever. The words are delightful, the message (because all good children's books have a message) is lightly told and the pictures perfectly and artistically reflect the tale. There will be classics in the eBook world and I believe this will be one of them. I'm looking forward to the next Heidi Angell with impatience." Author Roderick Lowe

"Whether or not you have a 'Prince Vince' in your house, both parents and kids will enjoy "Royal Prince Vince"." Author Vivian Kirkfield