Eternal City, Book 5 in The Castleton Series is out!!

I am so excited to announce that the fifth book in The Castleton Series released yesterday!! 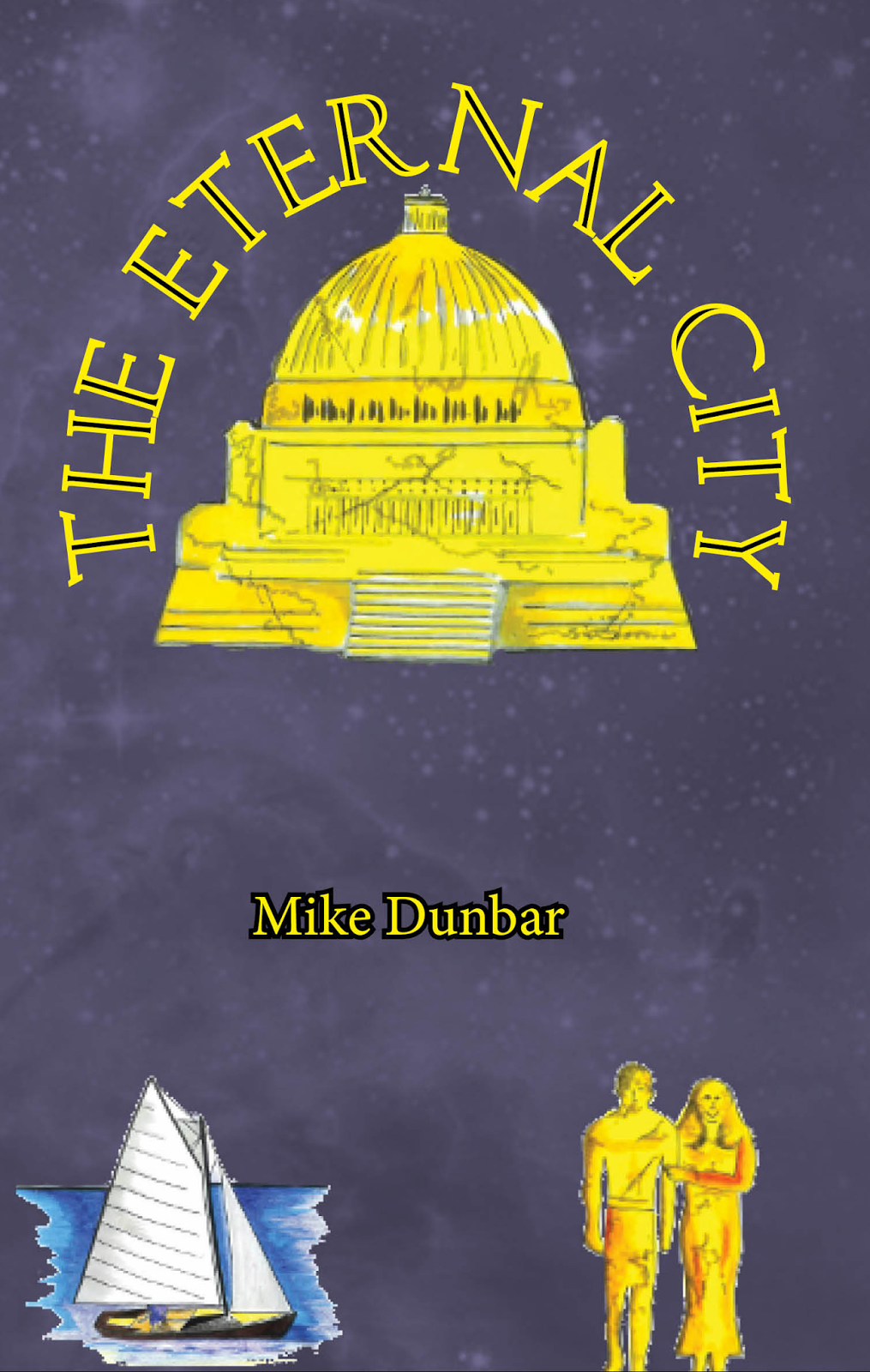 Synopsis- Seven generations from now an island rises out of the ocean between Brazil and Africa. Archaeologists are stunned to find the ruins of an unknown city. Chaz Newcomb and his team arrive to begin a dig, but are forced to abandon their work when all but he fall into a mysterious trance. There is only one way to identify the city: go back in time and visit it before it disappeared. Once again, the Auckland’s and the CT 9225’s crews combine their efforts. Their quest takes them to the dawn of humanity where they encounter the last of the Neanderthals, about to go extinct. They also find the lost city, inhabited by an unknown species of humans with amazing technology. The inhabitants have been overtaken by a trance, all but Carolus Nukium, and the city’s three leaders, a set of triplets that call themselves the Triumvirate. When the city sinks below the sea, the Triumvirate goes into stasis; reappearing 12,000 years later at the archaeological dig. There, they discover that humans can now time travel and head for the Time Institute to seize its technology, knowing it will make them invincible. The crews follow in hot pursuit with no idea of the price they are about to pay.

My Take:  My boys are so excited to read this, and I am excited to read it with them! They have absolutely loved every single one of The Castleton series! But I try very hard to read what they are reading before we read it, especially after awkward questions from Rick Roirdan's books caught me completely unprepared! The Eternal City is an exciting and unique take on the lost city of Atlantis. I love the educational elements of all of Mike's books. After The Triangle, my boys were wanting to learn more about pilots and we just watched Flyboys as a direct result of reading Mike's book. I am eagerly looking for information to expand on the myriad of questions I am anticipating about Atlantis, Neanderthals, and Greece. When was the last time your kids read a book that made them want to learn more about history?

Here are the links to get your own copy in e-book format or paperback.

Start an exciting adventure with your own kids, or for your own pleasure, today!
Posted by chickangell at 9:37 AM No comments:

Review: The Unfolding of a Rose by Mamie Smith 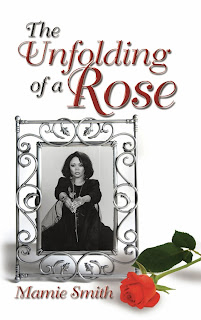 Synopsis: Author Mamie Smith recounts her daughter Meta Rose's life, and untimely death due to cancer and botched surgery, sharing lessons she learned from Christian Science along the way. The story starts out in 1962 when Meta is just a toddler and the family is moved to Germany because Meta's father is in the military. It follows their lives as they move to Japan, and then back to the states, but never really settling down. It follows Mamie's introduction to Christian science in Japan, her later encounters with it, her eventual conversion, her daughter's conversion, their lives and experiences that led up to Meta finding out that she had cancer, treating it with Christian Science, turning to modern medicine and the surgery that Mamie believes caused her daughter's death. It follows the long hard road this mother walked, holding her daughter through sickness, trying to heal her with her beliefs, and then ultimately losing her, and processing that loss through her beliefs. 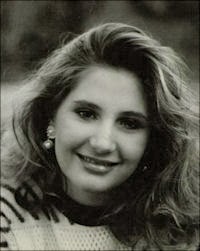 The story is heartfelt, deep, and emotionally involving. A mother's loss and pain is a great burden to bear. Mamie's catharsis (this book) to process the good, the bad, and the ugly of her experiences; and move to a place of healing is a wonderful experience to witness. Her love and devotion to her daughter is heroic and endearing. Her guilt over her daughter's death is heartbreaking. The emotions run deep in this story, so keep a box of tissues handy. 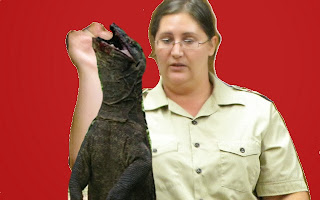 This book was clearly a self-published, or at best a vanity published book. Being self-published is not the problem, but this book desperately needed a non-biased editor for content and flow. The story portrays itself as being about Meta, but it really isn't. It is about Mamie. And that is fine. The story of a mother's conversion, her love for her children, her processing of grief after losing one of them, that is an acceptable story. But without the focus being in the right place, the story is split. Sometimes it is about Meta. Sometimes it is about extraneous details about the family's life, mostly it is about Mamie and the way she saw these events in her life. A good editor could have helped her cut out parts that were not relevant to the story, to fluff up parts that were probably more relevant, and to help re-align the focus. They could've helped Mamie show the story, instead of telling it all. 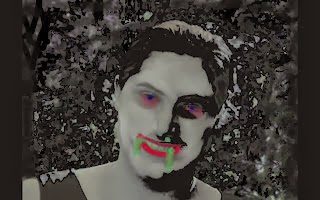 I try very hard to be respectful of other people's beliefs, religious and otherwise. I respect many religious believers' right to not believe in modern medicine, to put their faith in God healing them. I do question the practice when it endangers others, however.  I found comfort in the story Mamie shares about when she decided that she would heal herself of her need to wear glasses, and a man from the church man pointed out to her that by refusing to wear her glasses while she was driving, and relying on God to heal her, she was endangering others. The man gave her several citations to read on "spiritual sense". It gave me a different perspective on what I thought I knew about Christian Scientists.

And yet, Mamie condemns cancer treatment in this book. She blames the doctors who "botched" the surgery, for her daughter's death. Yes, she goes about it in a very sweet way not blaming them for their shortsightedness. Looking at their sin of fear as the reason that they would not take responsibility for butchering her daughter, and turning her own belief of her ability to heal her daughter and her seen failure into a spiritual lesson of healing the spiritual part of her daughter and therefore not failing.   All of that is good, I guess, but the overall message that she is spreading to others is not to trust doctors, to trust God to heal you.

A wonderful message, except that science and medicine cure hundreds of thousands of people every day!  Early prevention and detection increases the chance of success of treatment. Who knows what might have happened if Meta had not waited to get treatment? It may have turned out the same way, because medicine is fallible. It is not perfect. Then again, Meta may not have had to have such invasive surgery in the first place. I was raised that God made man in his own image, that our cleverness was a gift from God. What we do with our cleverness is up to us, but medicine is a product of that cleverness. A product that, for the most part, does more good than harm. Yes, we should use wisdom in how we implement medicine. Yes, we should weigh the pros and the cons of any given surgery. But to ignore the tools that God has given us through the gift of ingenuity is as much a sin of fear, in my mind.

The spiritual growth and learning in this story is worth the read, but I cannot get on board with the overall message and theme. It hits too close to home for me.

Posted by chickangell at 8:06 AM No comments:

Update: It's Been Awhile

It has been awhile, and I apologize for that. I have been super busy getting ready for FanX coming up in April, working a full-time job to pay for all the snifty merch, prepping new books to launch, and being sick. Yep, I am home sick (so please excuse any and all spelling/ grammar/ general errors).

I had this lovely schedule planned where I would post once a week while doing all this other stuff, but it just hasn't happened. Yet here I am laid down low by strep and it is time to  touch base with you guys again. Get you up to date and let you know that I have not quit, I am just doing a lot of rallying.

I have joined the rank of authors who work a full time job, and write. (Ok, in my case I am working two full time jobs, still as vp of Soul Star, and now a new job to fund Soul Star's endeavors) It is tough. There are never enough hours in the day. So while out sick I came to some conclusions. I need to blog. I need to keep in touch with you guys. But you will find the posts a bit shorter.

I need to keep doing book reviews. I have about ten books that I have finished reading and not posted the reviews for. That is crazy! There is no excuse for that! So, you will be seeing more reviews coming up. I'll be taking on a different format, I think. Following the short and sweet. But they will be coming.

I need to learn to ask for help. This is something I have always struggled with. Partly because I feel that asking for help makes me less independent, but mostly because I am a little OCD and feel that no one will do it as well as I do. And yet, I have found a couple of fantastic artists who are redoing the covers for several of Soul Star's books. They are wonderful! They do it far better than I could. I need to get past this inability to ask for help.

So here goes: I would like to ask each of you who read this blog to share it with others. Seeing that it is being read will help motivate me to keep writing.

I would like to ask each of you who have read any of my books to post reviews on Goodreads, Amazon, Smashwords, and even on your own blog (if you haven't done so already).

I would like to ask you to share my social media updates. Help me tell people about our books!

If you have read books by Soul Star, I would like to ask you to post reviews for them. We have published some really wonderful Sci-Fi and Fantasy books. Share them with your friends!

Until next time,
keep reading and writing
Posted by chickangell at 9:10 AM 2 comments: