This gives a small taste of the flavor of Mike's writing, and this is the story that starts this whole crazy time-travel adventure. This is what The Hampton Summit is all about! 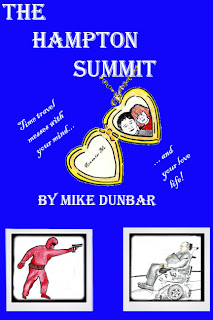 
Don't forget that you can purchase the rest of the story on Smashwords!
Posted by chickangell at 7:16 AM