This Blog Has Moved

This blog has moved to a privately hosted blog on my website HeidiAngell.com Please come and join me there. When you subscribe on my blog, you will receive one weekly email with all the blog posts for that week. Look forward to seeing you there!

Which Book Cover Would You Choose?

I love gearing up for book launch! It is so much fun! But I need your help again. I have three different cover options for Hell School: Fresh Meat and I don't know which one to pick!

When looking at the options, which one gives you the feeling that this is the first book in a YA stalker series? Which one makes you want to pick up the book and learn more? Which one do you like most?

Need Your Help with a Back Cover Blurb

Hope you had a marvelous New Years! I certainly did. I am so excited gearing up for the release of Hell School: Fresh Meat... FINALLY!! It will be out in March. If anyone is interested in being a Beta reader, let me know and I will be happy to send over a copy.

In the mean time, I am working on the front and back matter, and would love your input.

Which one do you think works better?

High School is supposed to be fun, but when Sam’s mom moves them across the country Sam finds herself starting over in a new school, in a new town, trying to make new friends.

As if that wasn’t hard enough, now she has a stalker.

Sam keeps getting letters and poems from someone claiming to be her secret admirer. Though some of her friends think it is very romantic, Sam wants nothing to do with it. Despite her efforts to stop the harassment, the letters keep coming… and getting creepier.

This story is based on true events.

Based on true events

Sam is dreading starting high school in a new school, in a new town, and having to make new friends. After her mother moves them across country, from Montana to South Carolina. Sam has to adjust to all the newness.

Being the new girl, Sam finds herself the romantic interest of several boys. But her “secret admirer” is the most persistent of all. Despite her efforts to discover who it is and get him to stop, the letters keep coming. What some friends first found romantic, quickly turns from annoying to terrifying.

Will Sam ever be safe?

Do either of these grab you? Are there bits and pieces you like? I would love your feedback in the comments below.

Keep Reading!
Posted by chickangell at 6:00 AM 10 comments:

I always thought I knew 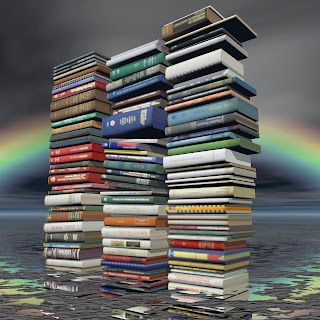 exactly what I wanted in life
I never really wanted a family
Certainly didn't want to be a wife.

I have dreams of stardom
A blow out career.
Where I was well-known
what I had to say, people would hear.

Yet as more around me
seek out that simple dream
I wonder if the life I chose,
will be all it seems.

Than a career
and fame and fortune.

A future so far away
That is also so uncertain.

As I contemplate it in my mind
I'll stick to the dream I may not find.
Posted by chickangell at 6:30 AM 1 comment: 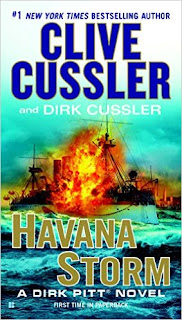 Synopsis: Dirk Pitt returns, in the thrilling new novel from the grand master of adventure and #1 New York Times–bestselling author.

While investigating a toxic outbreak in the Caribbean Sea that may ultimately threaten the United States, Pitt unwittingly becomes involved in something even more dangerous—a post-Castro power struggle for the control of Cuba. Meanwhile, Pitt’s children, marine engineer Dirk and oceanographer Summer, are on an investigation of their own, chasing an Aztec stone that may reveal the whereabouts of a vast historical Aztec treasure. The problem is, that stone was believed to have been destroyed on the battleship Maine in Havana Harbor in 1898, which brings them both to Cuba as well—and squarely into harm’s way. The three of them have been in desperate situations before . . . but perhaps never quite as dire as the one facing them now.

My Take: I read this in two days, because that is how much I enjoy Dirk Pitt Adventures! I don't know what it is about Dirk Pitt, but I just dig him. He is like Indiana Jones of the Sea. I loved all the anthropological sequences with Summer and Dirk Jr, in Mexico. I studied the Aztecs in college and appreciate the effort for research. It was a fun mix of fact and fiction! I love how he weaves together real life history with creative fiction, like his explanation for the sinking of the Maine. If someone had told me this theory, I would have laughed, but the way the way Clive and his son Dirk weave the story, it makes total sense. That is talent right there! Cannot wait for the next Dirk Pitt Novel!

Have you read Dirk Pitt? What is your favorite book in the series? Let us know in the comments below.

Keep Reading!
Posted by chickangell at 6:10 AM 2 comments:

As many of you, my family went to see the new Star Wars movie this weekend.

We really enjoyed it! Then we came home and my husband delved into all of the "Spoilers" reviews we have been avoiding. 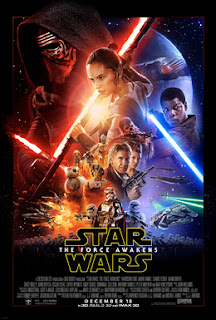 I found it interesting that people are so judgmental about a film that they all admit to liking. What is up with that? There were a couple of specific complaints that I felt I really needed to address because I felt that they were unfounded.

The first one that really drew my attention was everyone complaining about Rey being a Mary Sue.... Because she knew everything there was to know about the Millenium Falcon, because she could fly despite not being a pilot... Because she always seems to be able to do things others can't. I promise, I am not going to use the argument "she has the force"  although, I think this does explain a bit. 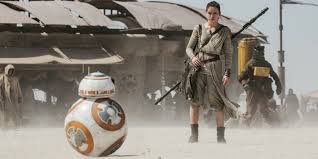 But lets start at the beginning. Her main "Mary Sue" objection was her knowledge about mechanics. But she is a scavenger on her planet. She has to know what the parts are to be able to pull and fix the best parts and make a living. It makes sense that she knows about compressors and widgets and fuses and such. She works for the guy who stole the Millenium Falcon. She has demonstrated a curious mind repeatedly, so I have every reason to believe that she would ask about the ships around her, and sneak into them at night, and fiddle with them.

Nowhere does it suggest that she hasn't flown them either! I know, there is nothing explicitly to indicate that she has flown, other than her saying she has. But she does indicate that she is a pilot. Perhaps she has only flown short runs on the planet (as she repeatedly demonstrates a need to stay there waiting for her family.) We never saw Luke fly before he did, but there were references to it, just like she says she is a pilot.

Her knowledge of the Millenium Falcon, and the stories of the force are like a history buff knowing everything about the Battle of the Bulge or our general knowledge of the American revolution. These stories were talked about and told, to the point where she believed they were just stories, but it is common in human tradition. It makes sense.


Another common complaint is that it is just a rehashing of New Hope. And in a way, it does have very obvious parallels. But there has been a theme through all of the Star Wars series that history has a way of repeating itself. People didn't notice the parallels in 1,2, and 3. But they are there.
Here are a few examples:
1. Anakin didn't know his father, Luke didn't know his father, Rey doesn't know her father.
2. None of them were taught the force until they were older, and did not realize how their gifts mattered.
3. All of them are found in a time when the Empire, The trade federation, or the First Order, are committing atrocities against the people.
4. All are raised on distant sand ridden planets on the far reaches of the galaxy (perhaps keeping them safe until they are needed.)
5. All must leave the safeness of that planet to assist in a major operation in which the galaxy is in mortal danger.

Some may view this as a tired rehashing of the same plots, but it is simply history repeating itself. If you look at human history, you see much of the same. I think that the parallels drawn between The Empire and the british empire of our own history, the Trade Federation, and NAFTA, and the First Order and The Third Reich are a bit too similar to just be a "lazy re-hashing."

People complained about how Kylo Ren was a whiny little prat, but so was Luke in the beginning, and so was Anakin... which is why "everyone" hated him. I have a young teenage son, and I hate to tell you this, but they are kind of whiney little prats! It is a part of their growth process. Some are whinier than others, true. But those who are bucking against the parental figure tend to start by being whiny. It psychologically makes sense. 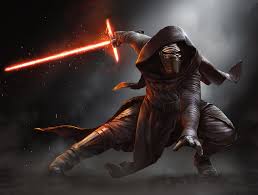 The last objection was Han Solo's whole... everything. From losing the Millennium Falcon, to not being with Leia to his abrupt end. But lets be real.  First off, who really saw Leia and Han working out long term? They are from completely different backgrounds, have very different values, and are both bull headed. I was more impressed that they stayed together until their son went evil. Of course, there isn't a clear indication of how old Ren was when he turned, so...  It is no surprise that Han went back to the only thing he was good at when he failed at being a father. Also, this guy is a huge gambler, the idea of him losing his ship is not a huge surprise.  I was disappointed by his rapid end. It felt rushed, but at the same time, I knew it was coming. 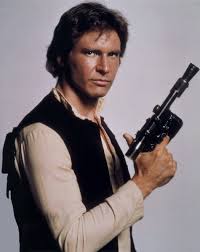 With so much going on in the story, I know why it got rushed. I think it is a shame, since Han is easily many peoples' favorite character. I do think that Han, Chewie and Rey did an excellent job in milking the emotional moment as half the people I spoke to admitted to crying when the scene happened.

All in all, I think that the geeks are being too harsh on the story. We have built up unrealistic expectations based around a trilogy that was our favorite new concept. But if you go back and look at the original trilogy, many of your complaints could be applied there as well.

What are your thoughts on The Force Awakens, or Star Wars? Share in the comments below. 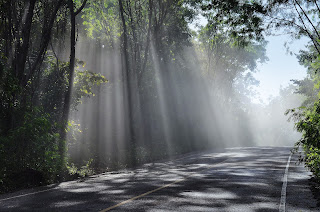 so uncertain
another life
gleams through the curtain.

Distant memories
of a past forgotten.
Cling to fragments
of a time not trodden.

Tantalizing memories
that lead to clarity
that I can't quite grasp
and fail in disparity.

Clinging with desperation
whether fantasy or fact.
Now that I've glimpsed paradise
I can't turn back.
Posted by chickangell at 6:00 AM 2 comments: